Find this article at:
go.ncsu.edu/readext?458988
— Written By JM Luginbuhl 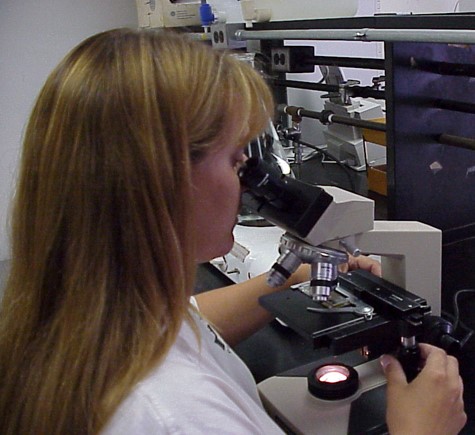 As it is well known, barber pole larvae show increased resistance to commercial anthelmintics drenched to small ruminant livestock, and producers are looking for other alternatives. What about bypassing the livestock entirely and applying a larvicidal product directly on the pasture itself?

Studies we conducted at North Carolina State University showed that 96.6% L3 barber pole larvae were not moving or dead when immersed in solutions of liquid nitrogen fertilizer (containing 32.7% urea and 42.2% ammonium nitrate [21.1% ammonium and 21.1% nitrate), corresponding to field applications of 30 lb of nitrogen per acre. Another laboratory study showed that a 10% solution of household bleach (5.25% sodium hypochlorite) resulted in 99.1% of L3 larvae not moving or dead. Higher solutions of household bleach caused lysis (disintegration) of the larvae.

The larvicidal action of liquid nitrogen fertilizer has been attributed to the toxic qualities of ammonia and nitrate, as well as to the increased osmotic pressure created with an accompanying water loss when in direct contact with L3 larvae. Do you remember as a child how water leaked out of slugs when dribbling table salt on them? 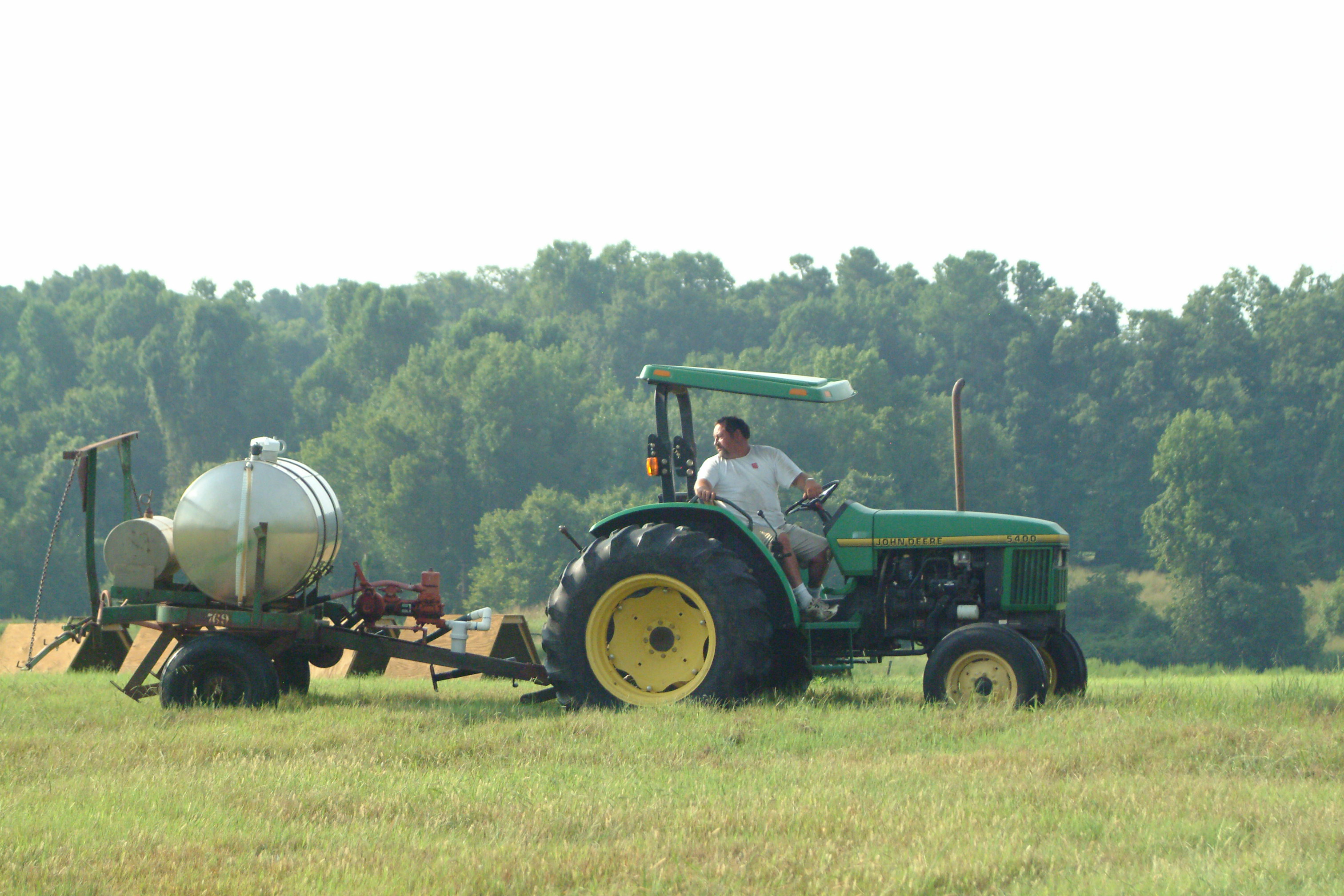 One agricultural practice recommended by the N.C. Cooperative Extension Service is to apply 50 lb of nitrogen fertilizer per acre to cool-season grasses such as fescue and orchardgrass both in early spring and late summer, and one or several applications during summer for warm-season grasses such as bermudagrass, millet and sorghum. So, could we pop two balloons with one dart by fertilizing pastures with liquid nitrogen fertilizer to promote forage growth and at the same time reducing pasture nematode larvae population, their subsequent ingestion by grazing animals and ultimately reducing gastrointestinal parasite loads? 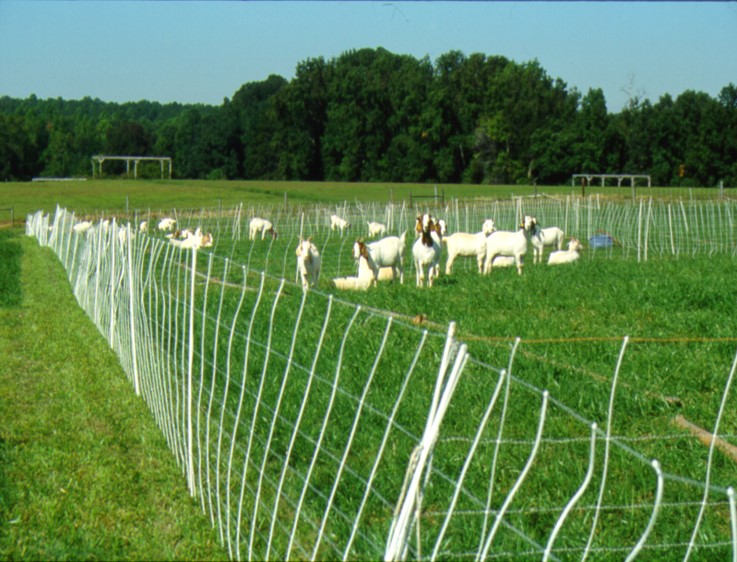 We conducted 3 experiments to test this hypothesis on predominantly tall fescue pastures, one in spring and two in fall. In each of these experiments, a field was grazed by does heavily infected with gastrointestinal parasites for 21 to 26 days until the ground was well covered by fecal pellets. The goats were then removed from the field, which was immediately flail-chopped (forage was cut and moved off-site) to a height of 5 inches. Then, according to experimental principles that took into account differences in slope, soil, etc., the fields were divided into several sub-pastures so that each experimental treatment was replicated 3 or 4 times. Sub-pastures within each replication were then randomly assigned to be either treated with liquid nitrogen fertilizer or untreated (control). Granular urea was applied to the untreated (control) sub-pastures to ensure that forage would grow at an equal rate in all sub-pastures and because granular urea has a very limited negative effect of L3 larvae survival. As infective L3 larvae migrate up the blades of forage crops during mornings and evenings with the dew, we sprayed pastures with liquid nitrogen fertilizer starting at 6:30 a.m. or after 4 p.m. depending on weather conditions. Large amounts of liquid nitrogen can be lost from evaporation to the atmosphere if applied under full sun, and may also burn the tip of leaves.

A 4th experiment was conducted on bermudagrass during the summer. The differences in preparing the field compared to the previous 3 experiments were the following: the field was only contaminated for 11 days, forage was flail-chopped 3 days later, and liquid nitrogen fertilizer was only applied 11 days later.

Five days after applying liquid nitrogen or urea, ‘clean’ goats were randomly assigned to each plot and control-grazed. Why the 5-day delay? Because we were concerned with nitrate poisoning if goats had been turned immediately into the sub-pastures that had been sprayed with liquid nitrogen. 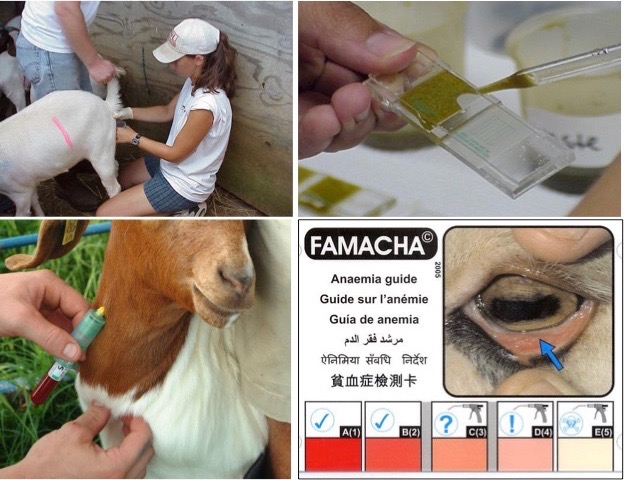 Fecal egg counts were performed on all goats as they were entering the sub-pastures to get a baseline count. We also took blood samples to determine packed cell volume, and FAMACHA-scored the lower eyelids of each goat. All sampling and scoring took place on a weekly basis.

Nothing is simple when dealing with biology and dynamic environmental conditions one cannot control.

Additional information and a ‘Results and Discussion’ section can be found in ‘Parasite Control’ under ‘Alternatives to Anthelmintics’.