Is There a Market for Goat Meat in the US? Yes, There Is!

Find this article at:
go.ncsu.edu/readext?371142
— Written By JM Luginbuhl

Although the current US market picture is disjointed and confusing, there is large and an unfilled demand for goat meat in the major cities of the United States, and especially in the population centers of the Eastern seaboard. This increase in demand is linked to a growing segment of the population of North Carolina and the Eastern USA which represents ethnic groups who prefer goat meat in their diet. 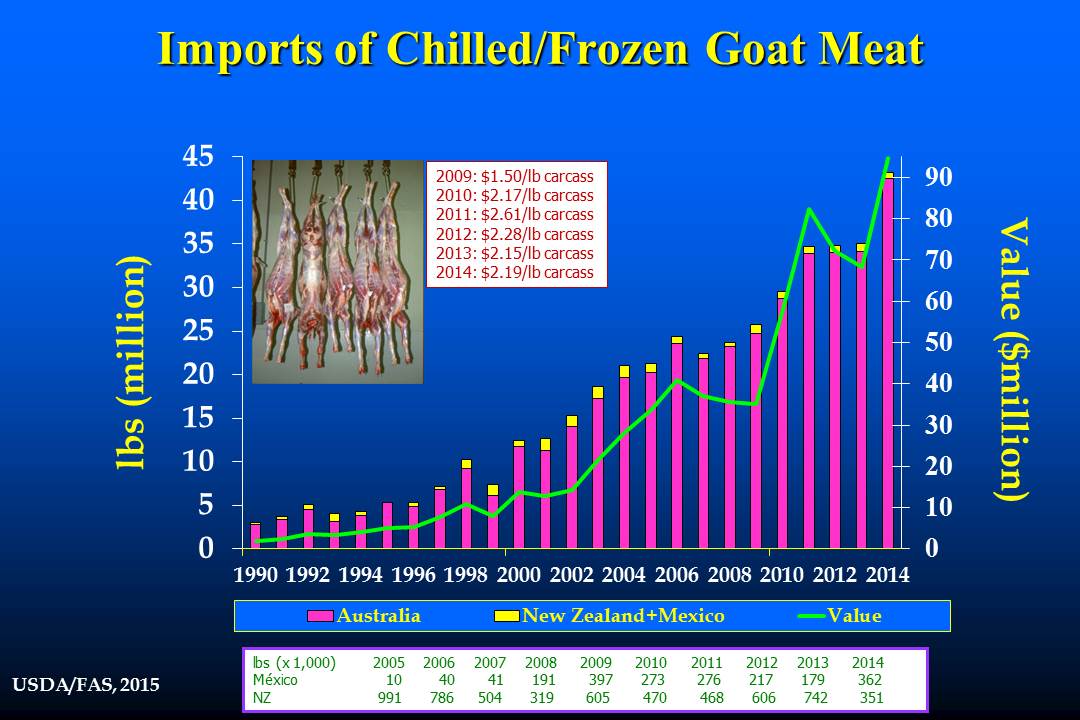 As mentioned, the demand for goat meat is ethnic based. Nevertheless, there is an emerging demand for goat meat as a gourmet item. Some producers and savvy entrepreneurs market goat meat directly to consumers and upscale restaurants, and are getting a price premium for their products, compared to retail prices at the processing plant.